I care not what people say of me so long as I do right. I shall never be any man’s slave.

Running Eagle was the oldest of five children; a female warrior who chafed against the expectations for her as a girl.

During a hunt, she rescued her father, riding head on into a hail of hostile fire after his horse was shot out from under him. Her tribe celebrated her daring exploits, but some members of the community rejected her because she wasn’t behaving like a woman.

The first time she followed a raiding party the leader tried to turn her away. She refused to leave and he threatened to cancel the raid altogether. Brown Weasel Woman countered: If you cancel the raid against the Crows I will go on by myself, she told him.

She won the argument and the battle, distinguishing herself by capturing 11 horses and defeating two enemy warriors who counter-attacked the raiding party as it returned to the Peigan camp.

It was only after she completed a vision quest that she was accepted. She was invited to participate in a Medicine Lodge Ceremony and given the name Running Eagle-which was reserved for only the greatest warriors – the first time it was bestowed on a woman.

Running Eagle never married, led many successful hunts and war parties, and fell in combat against Flathead warriors sometime after 1878.

* I found this amazing story, posted by the YWCA on Instagram, and copied it here, word for word. This story reminds me that when I feel strongly about something, I shouldn’t let a little opposition stand in my way. Have a wonderful Sunday!

Remember, Ginger Rogers did everything Fred Astaire did, but she did it backwards and in high heels ~ Faith Whittlesey

When I was younger I often wished that I had been born a man. 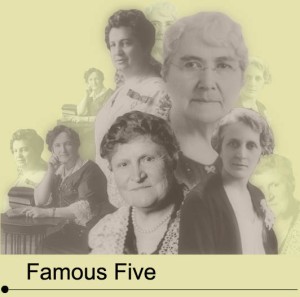 As a transplanted Albertan, I am immensely proud of these local women who changed the world.

I was convinced that women could not be leaders in the world.

I doubted anyone even took women seriously.

Today I know that this is simply not true.

I have met many women who have changed the world.

Women who have worked tirelessly to turn their vision into reality.

Perhaps the most unrecognized of these are moms who have taught their children to believe in themselves and their dreams.

March is Women’s History Month in the USA, UK and several other countries. 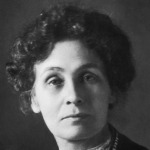 Helen Keller, campaigner for the deaf and blind

Do you know an amazing woman?

I’d love to hear about her!

There really is no shortage of women who have changed the world.