Today is your day! Your mountain is waiting. So get on your way. ~ Dr. Seuss

as something that stands in our way.

Something that needs to be obliterated in order to achieve that which we desire to achieve.

And I guess that it can be, depending on the metaphor we’re going for.

But what if your mountain is your calling?

What if climbing it is the point, not getting around it or blasting through it? What if the journey to get to the top is what gives you the very skills you need to accomplish what you’re meant to do?

My mountain is called Building Community. And I have thought it has meant many specific things at very specific times, most recently The Other Bottom Line.

But the higher I climb, the more I realize it has meant all those things. And none have been for naught. Each has been a gift along the way.

What’s your Mountain called? Do you link it directly to one goal or do you see it manifested in many ways throughout your journey?

When I moved to Calgary in March 1990, I’d been sure for a number of years that I had a calling to work with the homeless. When I arrived I discovered Teen Challenge in the phonebook and called them immediately, convinced I could get a job there. They told me they didn’t hire women because staff had to be physically strong enough to handle when their clients were going through withdrawal.

I was disappointed and was starting to wonder if I had just imagined my calling. My roommate Bonnie decided she would take me out for lunch to cheer me up. When we had ordered our meal, Bonnie said grace. And by saying grace, I mean she said a very loud prayer over our lunch. I was mortified and embarrassed!

It caught the attention of a woman sitting all by herself at the other end of the restaurant and she came over to our table. “Hi, my name is Grace. Pardon me for just barging in but I’m new in town,” she said. “And I’m looking for a church that I can attend.” We talked about the church we attended and invited her to join us. She then focused her attention on me, remarking that I seemed sad. I told her my whole story; the calling, the long waiting, the disappointment – all of it.

“Why don’t you go check out the Mustard Seed,” she said. “It’s only a block and half away from here.” I thanked her for the information and she wrote her phone number and address on a piece of paper for me so that I could call her and make arrangements for her to attend my church.

After lunch, Bonnie and I headed over to the Mustard Seed. That’s where I met Adele. I asked her if I could speak to the head pastor and she picked up the phone to inquire about it. She told me he’d be awhile and invited us to sit and wait. While we waited we chatted with Adele. I’m sure I told her that I would be a brilliant hire or something like that. A young good-looking man wearing acid-washed jeans and a purple tie-dyed T-shirt stopped in and we chatted with him for 30 or 40 minutes.

Not being the most patient person in the world, I finally turned to Adele and said, “So when is this head pastor gonna show so I can talk with him?” She laughed and gestured toward Mr. Acid-washed Tie-Dye and said you’ve been talking to him for half an hour!

After that day I began volunteering at the Mustard Seed and by the time this picture was taken for a magazine article, I was on staff as an Outreach Worker. In total I spent about 20 years at the Mustard Seed. When I left in 2010, I was the Chief Development Officer.

This past Saturday, I attended an informal ‘Old Mustard Seeders’ reunion. Now, 24 years after I first walked through the doors of The Mustard Seed, it was good to catch up with everyone. We shared about what we’re all up to now and talked about the good old days. Pat Nixon, who was the leader of the Mustard Seed for over 26 years told us we should be proud of what we were able to contribute in the time that we were there. And we are proud and grateful for everything we learned about life and what’s really important from our amazing street friends.

We plan to get together again, perhaps for a picnic in the summer, with many others who couldn’t attend this past Saturday.

Oh yes, and what about Grace? I called her for weeks and weeks and her phone just rang and rang and rang. Finally, I got on a bus and went to the address she’d given me. It was a long-abandoned, empty lot.

Be not forgetful to entertain strangers: for thereby some have entertained angels unawares. ~ Hebrews 13:2

May you love and be loved with abandon

May you give and receive mercy

May you grow in wisdom

May you practice compassion 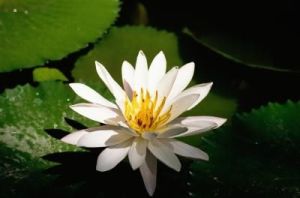 May you know your calling and live it

May you seek peace

May you love justice

May you find and give acceptance

May light pierce your darkest moments

May you know and bring joy

And when you breathe your last in this world…

may you be satisfied with no regrets