Lets have faith that right makes might; and in that faith let us, to the end, dare to do our duty as we understand it. – Abe Lincoln 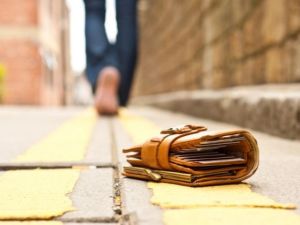 Yesterday my friend Helga was telling me about a movie she recently saw about a man who finds a wallet.

The man who finds the wallet initially intends to return it; in the absence of ID, the man calls the name and number on a slip of paper he finds tucked deep in the wallet.

The person agrees to call the owner of the wallet and pass on the wallet-finding man’s contact information.

Later, the man finds a lottery ticket tucked into the wallet and checks the number.

And now the man begins to struggle with his initial intention.

It’s easy to judge this man.

We’d like to think that we would do the right thing.

If it were, wouldn’t everybody be doing it?