There’s not a lot of time left to write my Hump Day Chronicles post. And I’m having a total Brain Fart.

(thumping my forehead with the butt of my hand)

I will google Icebreaker questions and answer them!

Hang on…I’ll be right back!

If someone’s underwear was showing would you tell them?

I was in Oklahoma and went to this bar on some dark deserted road. It’s called Danny’s Blues Saloon.

I love the Blues. I love dancing.

My underwear was not sticking out.

But you see I wear hip-hugging jeans and the label of my underwear was sticking out.

Anyway, I was sitting on this stool at a bar-shaped table facing the dance floor…yanno watching people dance and taking in a great jam session.

Behind me were a bunch of tables filled with happy-go-lucky bikers. That’s ok you know, I used to be a biker and I’m not afraid or anything.

Anyway, I’m sitting there talking to this guy when suddenly I feel a hand reach way down into the back of my jeans!

At first I think it’s the guy I’m talking to so I shoot him my most evil glare. But when I look at him I see both his hands on the table.

“Here in OK, we’re hospitable folk, and your label was sticking out and I said to my friends, I’m gonna go over there and stick it back in for that poor girl.”

I blinked at her and checked out her friends who were laughing hysterically behind her and said, “That’s mighty considerate of you, thank you very much.”

If you bumped your car into someone else’s, but no one saw, what would you do?

Um, I have a 1999 Toyota Tercel. It was brand new when I bought it. Within two weeks a lady from Texas backed into my passenger side from her driveway while I was sitting at a red light.

Then a drunk person fell into my hood while walking past my parked car and dented the hood. He did offer to hammer it out for me. I declined.

A few weeks later I was parked in an alley when a trucker drove by and took my side view mirror with him.

In July my car will be 14 years old. It’s not a pretty car anymore. So would I tell someone if I hit them and no one was watching? Hell No!

Relax! I would leave a note with my number…Geesch!

If you could have any super power, what would it be and why?

To fly of course! Because I think that would be cool!

If you could hear what someone is thinking for a day, who would you choose?

That’s a tough one. I don’t think I’d want it to be someone I love – we’re talking potential un-fixable damage could occur!

Actually you know what? I think in this case ignorance is bliss. I don’t want to know what anyone is thinking about that they’re not saying out loud. I mean, would you want to know?

The world is scary enough!

If you discovered a new island, what would you name it and why?

Diana Island. Because it would be mine. 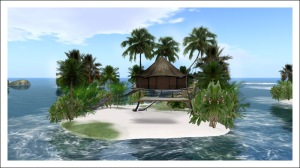 And I would open a bar and call it Diana’s Blues Saloon.

And I would hire people to stick other people’s underwear labels way down into their pants because that’s the hospitable thing to do!

At a Movie Theatre, which armrest is yours?

What do you think Victoria’s secret is?

Victoria’s secret? I bet because she has such a recognized brand she now just shops for the cheapest materials in the most god-awful colours and continues to charge exorbitant prices.

If you could do any job in the world for a day, what would it be?

On a more serious note, I’m still looking to give tomorrow’s leaders a voice

Please see the questions on my previous post regarding this and pass it on!